Open Letter from an American Coward

Many people - possibly you - will identify with the status of the author. Her rationale and points of reason may resonate.

Please save, screenshot, etc., then boost. 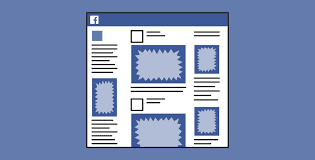 Most people who have not committed to the cause of freedom are not conscious supporters of modern communism. Some hold out the futile hope that things will all go back to normal, others have convinced themselves that what is happening is inevitable and cannot be opposed. Both are dead wrong. As open struggle against collectivism, communism, authoritarianism, and globalism rises, both of these positions will weaken, and support for freedom will grow.If you have the courage to act where I do not,here is what I WILL do:- If you speak out against them, I will listen.- If you act against them, I will not stand in your way.- If they portray you as uncool, cringey, old-fashioned, unintelligent, or low-class, I will not laugh at you or think less of you.- If they call you a racist, sexist, xenophobe, homophobe, Nazi, granny killer, etc., I will not believe them, nor will I care.- If they call you a terrorist or an extremist, I will not assume that you are in the wrong.- When they ask me questions, I will lie, forget, or evade as I am able.- When they tell me their version of history, I will smile and nod and know they are liars.- If they dispossess you, I will share what I can.- If they martyr you, my children will learn your name as that of a hero.- If you have the courage to be shameless in opposing them, you will be honored in my house.

This is what I will remember.1. The universities and the class of “experts” and “professionals” to whom they grant legitimacy have no constitutional role in the American Republic. No amount of schooling grants one authority over others, and no consensus among the educated should have the force of law.2. The guarantee in the Constitution of “Freedom of the Press” is not a grant of authority to the legacy media or to professional journalists. It is, in fact, a right belonging to the people: WE have the right to publish and disseminate views and information the same as those who work for newspapers or television networks.3. The Intelligence and Defense establishments of the US exist to secure the rights and liberties of the American people. The US has constructed a vast apparatus to deploy force, subvert or overthrow governments, and disseminate propaganda, but these activities are only legitimate when they are directed OUTWARD. When the geopolitical capabilities of the US government do not act to empower the American people and sustain our Constitution, they are just as criminal as the same actions taken by private citizens.4. Law enforcement and defense against violence is the responsibility of each and every person. Even though we have become accustomed to having these services provided by professionals, they remain our right and our personal responsibility.

5. Education of the young is the responsibility of parents and natural communities. Even though we have become accustomed to having this service provided by professionals, it remains our right and our personal responsibility.

6. Provision of necessities such as food and shelter is the responsibility of each and every person. Even though we have become accustomed to these goods being delivered by a vast and interconnected economic machinery over which we have little control, it remains our right and our duty to provide for ourselves and those we care about.7. Though peace, prosperity, happiness, and a long life are all wonderful conditions to experience, they are not what makes a human life worthwhile. Humans have dignity and value insofar as they are free agents struggling and striving to obtain these ends. “Treating someone as a human being” does not mean coddling them and providing for them like you would a child or a pet. It means getting out of their way and leaving them the freedom and latitude to provide for themselves.8. Whoever relinquishes their freedom to obtain comfort or security is not acting as a human, but as an animal. Because our fates are all intertwined, such a person is betraying all of us, and does not deserve our concern or regard.— Sarah Chamberlain