Showing posts from February, 2013
Show all

What if it's already "worse"?

February 28, 2013
"Cheer up! It could be worse!" What if it was worse? What if it was a lot worse than you thought? Or worse than you even imagined? What if you kinda/sorta feel things are bad -- but you just can't quite but your finger on it?  You've come to the right place!  Here with one little click,  you'll get everything you need to change those "feelings" into thoughts and those thoughts get all the facts, link, info ammo to cure most anyone's Contagious Apathy. (WARNING: Reading this information could aggravate any addiction to Instant Gratification). The only question left to answer is "What difference does it make?"  The answer to that, dear reader, is up to you.
Post a Comment
Read more

A telling picture and revealing writing

For those who still insist Obama is a great president, leader and hoops shooter,  this short read  should put these delusions where they properly belongs. h/t LL If you missed it, here are the limited but revealing results of the audit of the Federal Reserve, long proposed by Congressman Ron Paul (retired). If these limited results are so damning - and they are by $16 trillion dollars - why aren't our oath-taking, duly-elected and fearless leaders not moving immediately for a comprehensive audit? Go ahead...ask them...I'll wait right here....................... Meanwhile, if you can't stand the suspense, here is an excellent bed time story that pretty much answers all your questions about the future of America...not abstract ditherings about the coming (when?) collapse of the government and the dollar, but a refreshing confirmation of what our society will look and function like during the fun times just ahead. ﻿ ﻿
Post a Comment
Read more

I double-dog dare you to...

February 19, 2013
....ask your local Police Department: Are you using pictures of pregnant women, old folks and babies for TARGET PRACTICE?? Check out this..... desensitizing new idea!  Then you have my permission to get extremely pissed -- while also getting a good idea of what Government at all levels has in store for us as the Brave New World approaches. Then again, maybe I'm paranoid. (But check the amount of orders at the end of the piece. THEN tell me how parnoid I am).
1 comment
Read more

February 10, 2013
Over the eons, many pithy thoughts and things have been scribbled, typed, chiseled and pounded about Truth, Revelation, Epiphany.   Sliding down the razor blade of life,   each of us has likely had a few of our own – but   one Genuine True Revealing Epiphany may have zipped right past you   before you had a chance to be appropriately dazzled and incorporate it into your collection of snappy come-backs and other rhetoric. Maybe I can be of assistance before the News Cycle seals it in the achieves. So waaay back in last month, outgoing (retiring, not gregarious) Sec o State Hillary Whitewater Clinton, gave her much anticipated testostermony   [sick][sic][sic] to the Senate Foreign Relations Kabuki concerning the Debacle Formerly Known as “Benghazi” along with the the facts that the administration attributed the attack to Muslim reaction to a video no one had seen and that the administration held to that story for almost 15 days. While the brazen vacuity of her “answers” in response
1 comment
Read more 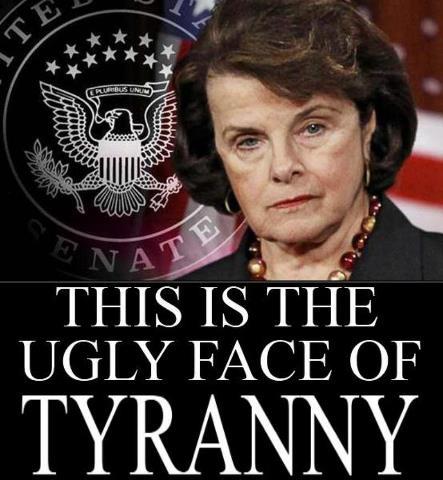 Remember when she-whose-name-shall-not-be-typed said "You're gonna have to pass this [health care] bill in order to see what's inside it"? Apparenty that echoed pretty well down the hall to the Senate since Darth Feinstein (above) is intent on committing similar skullduggery. If you are 2nd Amendment sorta person, you should eagerly click here  to learn the ugly surprises stuffed inside the proposed "Assault Weapons Ban on Steroids" bill currently awaiting the most deliberate deliberations from the brainiacs in the Senate.
Post a Comment
Read more 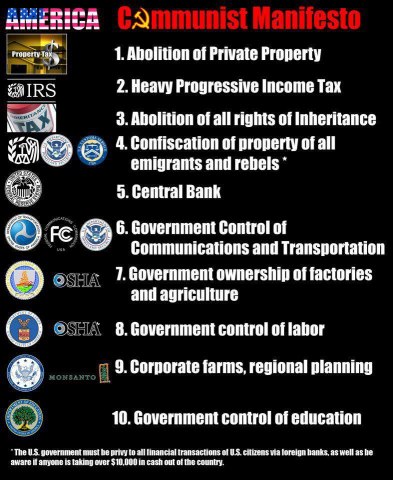 Do we just not like the message because it's true? Or is there something factually incorrect here?     But if you'd rather laugh/chuckle/guffaw, there's this: A man was telling his neighbor, 'I just bought a new hearing aid. It cost me four thousand dollars, but it's state of the art. It's perfect.' 'Really,' answered the neighbor. 'What kind is it?' 'Twelve thirty.'
Post a Comment
Read more 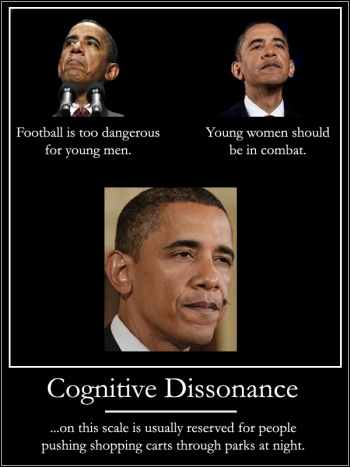