Showing posts from February, 2018
Show all

Yes, Virginia, You Can Own A Machine Gun

February 26, 2018
...and Other Gun Facts For The Newly Uninformed For those of you who are new to the public debate about All Things Guns that have sprung up since the Parkland, FL tragedy, this brief primer is for you whether you are a mommy, daddy, guardian or teacher of school-age children. Most of all, if you are a politician or reporter, this one has your name on it.
Post a Comment
Read more

February 15, 2018
And so it begins…another shooting, another school, another student with a grudge and a gun, another body count and another 72 hours of MSM 24/7 Redundant Coverage featuring the same cast of media, political, social media and law enforcement “experts” showcased on the Evening News with the tears of relatives and near-victims, sotto –voice anchor interviews of “how do you feel…?” and “what was it like…?”, surrounded by non-stop re-runs of every cell phone vid available providing it shows at least a whif of the Horror From Within. Once the essential Who, What, Where and When facts are announced (49 seconds, tops), more bloviating follows in the form of conjecture, idealistic rhetoric and hypotheticals mixed with predictable mis- and disinformation intended to fortify a political agenda. Out come the Same Old Same Old “solutions” that either violate the Constitution or other (HIPPA) laws or cost incalculable amounts of unavailable revenue and “political will”.
Post a Comment
Read more

February 13, 2018
Lincoln was by far the most hated, despised, and reviled of all American presidents during his lifetime... Noted Lincoln authority and personal friend, Prof. Thomas DiLorenzo sends birthday greetings to the most unconstitutional President in American history. Yet, somehow, he get s a national holiday and the admiration of the very people he persecuted.
Post a Comment
Read more

Now For Something Different 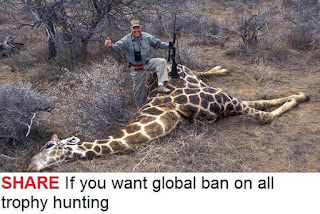 Facebook is a target rich environment for idiocy. Maybe that’s why it’s so popular. OK - That sounds a little elitist and condescending but OTOH, there just doesn't appear to be many MENSA candidates lurking there. Of course, from what experience I have had with MENSA candidates, only other MENSA candidates want to hang with them anyhow! Still, FB does provide a window on what passes for the soul of our fellow citizens. For that reason alone, we have ample cause for worry.
Post a Comment
Read more

Bigger Problems With The Memo

February 04, 2018
Coups have to be complicated. To be successful, the “enemy” must be taken by surprise. Fail and the convoluted plot covers your ass from being discovered. The insurmountable problem is the Average Citizen, infected with Aggressive Ignorance, Contagious Apathy, addicted to Instant Gratification, is repelled by the homework necessary to reach a factual, objective conclusion. They demand an answer in 25 words or less. If it doesn’t agree with their biased opinion, they will reject it to maintain their comfort with the popular narrative rather than suffer cognizant dissonance. BW
Post a Comment
Read more
More posts