September 10, 2019
A compelling, informative and downright frightening article about the (near) future of firearms ownership and the elimination of the protection of the 2nd Amendment. Share with your friends.
BW

You probably think Facebook and Google are throwing off geysers of money by dominating an industry known as “online advertising”, but those of us who’ve spent time on the inside of this beast know the industry by its true name: mass behavior modification. 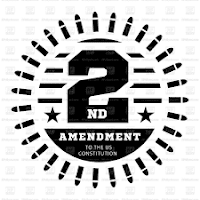 It’s only a matter of time before these two companies openly go on the attack against American gun ownership, and when they do, they’ll form a foe far greater than any we’ve faced before. If you don’t believe that they can turn the tide of public opinion on firearms, a tide that lately seems to be going in our favor, then you’re not paying attention.

According to the Biological Weapons Anti-Terrorism Act of 1989:7   “Whoever knowingly develops, produces, stockpiles, transfers, acquires, retains, or possesses any biological agent, toxin, or delivery system for use as a weapon, or knowingly assists a foreign state or any organization to do so, shall be fined under this title or imprisoned for life or any term of years, or both. There is extraterritorial Federal jurisdiction over an offense under this section committed by or against a national of the United States.” So what?   “Acts”, Laws, regulations, restrictions all come with penalties. But without enforcement mechanisms and the will/power/authority to use them, any “Act” is just an arrangement of words on paper to make politicians look righteous.   Consider: If the Government – and the Public – knew for undeniable, irrefutable Fact the dreaded ‘COVID virus’ was developed and released in Wu Han with the explicit intention of devastating the United States and the rest
Read more