With all due respect to VDH, a man whom I thoroughly enjoyed interviewing on-air numerous times, in today's common parlance is just an "Old White Guy spouting the same So-Last-Century BS". That's not to say he doesn't speak from his deep well of great intelligence, experience, and perspective; obviously, he does. But only to the same choir of Old White Guys to which he belongs. Rest assured, Millennials, illegal aliens, and the government schools' Functional Illiterates don't read, listen, know or care. They are consumed with their Aggressive Ignorance, Contagious Apathy and addiction to Instant Gratification. As long as it's Free, hurts the Rich and screws the White Man, it's a good thing and they will support it.

To read VDH's latest is to learn from his diagnosis: we (OWG) are outflanked, out-manned, and out-numbered. The Government-Media Complex controls the Narrative. The influx of illegal aliens, now in the multi-millions outnumber those of us willing to actually participate in anything potentially meaningful that would realistically "defend the Constitution, our last great hope to ensure American continuity and security." And that doesn't begin to include voter fraud and the growing practice of "tribal elections", e.g., "The Squad".

"We need to support colleges that continue to teach the principles and practices of liberty." An excellent but unfortunately worn-out platitude. How many of those colleges can you name besides Hillsdale and Grove City? 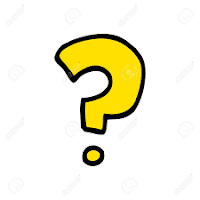 No one appreciates VDH's work more than I. But then, I can admire a wordsmith with excellent ideas even though Satan will don ice skates and perform a Flying Camel in the middle of his hockey game before "American continuity and security" will become reality again. Collectively, we waited too long, cared too little and did mostly nothing. The barbarians are at – no, within – the gates. And that is the reality we face.

I suspect anyone reading this admires VDH's ideals. Sadly, his recommendations have passed their Expiration Date, just as his choir of Old White Guys is in the inexorable process of also doing so right now. While these observations usually rile considerable Cognizant Dissonance, it is factually irrefutable we of his generation will not be leaving "American continuity and security" in capable, caring hands bent on continuity, security or preservation.

I'd prefer to be more optimistic so fact-based, emotionally void contradictions are welcome.

Note: Remarkably, as of this date - a full week after sending to my friend and his 50 buds - not one has acknowledged or responded to the above. I'm ruling out Stunned Silence in favor of Cognizant Dissonance. Sad - but telling.