A Letter to Your Governor

Thought you might wanna know some really important stuff. It's a tad long but check this out. Pretty heavy. Really!

The Constitutions of the United States and the State of Michigan are the Supreme Law of the Land as a matter of Legal contemplation, [Marbury V. Madison (1803)]. Therefore, they cannot be suspended nor any part of them encroached upon under any circumstances, by anyone, at any time.

The provisions of your E.O. 2020-42 violate the Right of the people to assemble, to travel, and to conduct the business of their lives guaranteed by the 1st Amendment of the U.S. Constitution and Article 1 ss 3 of the Michigan Constitution.

Did you know: In the U.S. Supreme Court case, Murdock v. Pennsylvania, it was determined that, “No State can convert a secured Liberty into a privilege.”?

Oh - and the Supreme Court case, Shuttlesworth v. City of Birmingham, it was determined that if a State should attempt to convert a secured Liberty into a privilege, it is the duty of the people to ignore it and engage in the Right with impunity.Whoa!

It gets better! The U.S. Supreme Court case, Miller v. United States, 230 F 486, at 489: “The claim and exercise of a constitutional Right shall not be converted into a crime.” and
in SCOTUS case, Shapiro v. Thompson, 394 U.S. P618 it was determined that the Right to travel has long been recognized as a basic Right under the Constitution.

And check this out: the U.S. Supreme Court case, Norton v. Shelby County, determined that an unconstitutional act is not law. It confers no Rights, it imposes no duties, it affords no protections, it creates no office, it is in legal contemplation as inoperative as though it had never been passed. Huh!!

Wonder what that does to all those fines and tickets, ya think?

We're not done yet!

Did you know that??

And here's the Big One!

You can have your Legal Beagles check out all this jazz:

And for the Boys In Blue, here's one for you:

Be it known that any Officer or Agent engaged in the enforcement of unconstitutional provisions set forth in E.O. 2020-42 may be subject to criminal conviction under Title 18 U.S.C. §242. 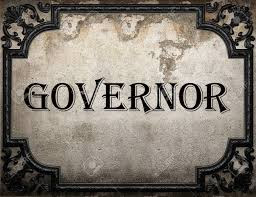