Where Did "Authority" Come From?

August 08, 2020
After six months of this virus clearly demonstrating that it is no more dangerous than any other, the draconian government restrictions are not only continuing, they are being heightened to WWII level Nazi style abuse. Curfews, walking papers, mandatory masks for healthy people, trace apps on your phone, social isolation. And if you are caught out without your muzzle or after hours you will be punished by the authorities.

But why are they "the authorities"? How did they acquire authority that the rest of us don't have? What makes them so special that they can legitimately rule our lives like this?

I'm not referring to the current crop of known liars, connivers and baby kissers, I'm referring to the institution. It doesn't matter who is running it, people still refer to it as "the authorities" and act as if it's a mortal sin to disobey them.

Then just like the Gambino family whenever it expands its territory, they went around informing everyone of their newly created "authority" which included the "authority" to take money from the community under the guise of protecting the community.

Then they hired some simple minded otherwise unemployable people to enforce their authority in case anyone questioned it, which happened a lot at first. No matter how you slice it, no matter how official and important the papers look or how intimidating the "law enforcers" are, at the end of the day, "the authorities" are just another criminal gang writ large.

No human being has any "authority" to rule another human being, ever. That's called enslavement regardless what official and important looking papers you have. 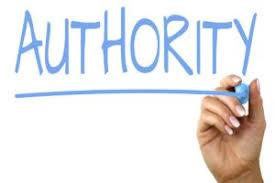