“Rights aren’t rights if someone can take them away. They’re privileges. That’s all we’ve ever had in this country, is a bill of temporary privileges. And if you read the news even badly, you know that every year the list gets shorter and shorter. Sooner or later, the people in this country are gonna realize the government … doesn’t care about you, or your children, or your rights, or your welfare or your safety… It’s interested in its own power. That’s the only thing. Keeping it and expanding it wherever possible.” - George Carlin

Over the centuries, America has been blessed with more than its fair share of comedians. The exceptional ones often made their name harpooning politicians and politics in general. It’s fair to say some of the best of those skewers were more expert in Irony, Cynicism, and Sarcasm than knee-slapping, pie-in-the-face comedy. Quoting Saul Alinsky, “Ridicule is man’s most potent weapon.” especially when aimed at all things Political. Nowhere is there a better, bigger target-rich environment.

In his final years, George Carlin (1937-2008) rose from Top 40 DJ and TV’s “Hippy-Dippy Weatherman” to the pinnacles of popularity, foremost among those who could speak unvarnished Truth to Power and get belly-laughs, standing O’s and serious respect for his words and insights.

Some of his best lines have become scripture describing the tawdry reality of politics, politicians and The Elite. Possibly his most notorious and prescient…

“They don’t want a population of citizens capable of critical thinking. They don’t want well informed, well educated people capable of critical thinking. They’re not interested in that. That doesn’t help them. Thats against their interests. Thats right. They don’t want people who are smart enough to sit around a kitchen table to figure out how badly they’re getting fucked by a system that threw them overboard 30 fucking years ago. They don’t want that. You know what they want? They want obedient workers. Obedient workers. People who are just smart enough to run the machines and do the paperwork, and just dumb enough to passively accept all these increasingly shittier jobs with the lower pay, the longer hours, the reduced benefits, the end of overtime and the vanishing pension that disappears the minute you go to collect it, and now they’re coming for your Social Security money. They want your retirement money. They want it back so they can give it to their criminal friends on Wall Street, and you know something? They’ll get it. They’ll get it all from you, sooner or later, 'cause they own this fucking place. It's a big club, and you ain’t in it. You and I are not in the big club. And by the way, it's the same big club they use to beat you over the head with all day long when they tell you what to believe. All day long beating you over the head in their media telling you what to believe, what to think and what to buy.”

And in a nanosecond, Carlin could switch from machete to scalpel:

“Rights aren’t rights if someone can take them away. They’re privileges. That’s all we’ve ever had in this country, is a bill of temporary privileges. And if you read the news even badly, you know that every year the list gets shorter and shorter. Sooner or later, the people in this country are gonna realize the government … doesn’t care about you, or your children, or your rights, or your welfare or your safety… It’s interested in its own power. That’s the only thing. Keeping it and expanding it wherever possible.”

Carlin’s compelling zinger is its MOA accuracy made even more devastating with the current increase in unabashed comments from “both sides of the aisle” allegedly separating the Liberal Psychopaths from the Conservative Sociopaths. As the eagerly anticipated mid-term elections approach, the professional leeches and remoras of the Great DC Swamp and Cesspool are openly saying ‘The Word That Cannot Be Spoken’: Power; it’s all about Power, the Tyranny of the Majority. Who has it, wants it, needs, uses it – not to protect the inalienable rights of Life, Liberty, Happiness government is “instituted to secure”, but to advance their self-aggrandizement, fortify their monopoly on power and, ultimately, wallow in the generous benefits they have ladled on themselves for their ‘public service’ at public expense.

It’s reasonable to assume you are not amazed and appalled this has been the game all along. Unfortunately, the majority of voters won’t be reading this. And an embarrassing number are blissfully unaware those pleading (with big bux) for their vote so they will (insert benevolent action on your behalf here) are liars, shills and opportunists salivating over the bennies which accrue only to the Elected Anointed.

Carlin’s words should be memorized and spoken, copy and pasted at every opportunity upon encountering fellow travelers who, with adolescent adoration, believe the New or Current ‘Leader” actually gives a damn or a vote for your kids, rights, welfare or safety. Ignorance and the lobotomizing fear it breeds are the crack and meth of governments and politicians. Nothing gets the electorate addicted to emotional hysterics, to be personally manipulated, intellectually pliable and mindlessly obedient. That power is just as addictive to the User, moving otherwise sentient individuals to sell their souls for the millions it takes to buy the media, the ‘vehicle’, to bring their mind-numbing message to the gullible, apathetic and uninformed, and into the voting booth, rewarding them for their duplicity and fairy tales.

The question that canonizes Carlin’s comments: When has Government enacted legislation or regulation that advanced Freedom, secured Liberty and survived a subsequent administration of the opposing party? (Spoiler alert: never.) Laws and regulations are the government’s termites that inexorably undermine, consume and destroy the foundations of Freedom. Parchment is a permeable preventative made more ineffective by men, evil or incompetent, to resist the absolutely corrupting love of Power at the expense of their fellow man:

How sad George Carlin died too soon. What a point man he would have been in the battle for Freedom and against this terminally incompetent and corrupt administration.

If we must suffer a government, George Carlin should have been made President for Life. At the very least, the State of the Union address would have been laced with truth and a laugh riot - except for the posers assembled in Congress. 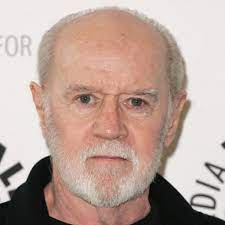