What To Expect - and Why

Shining a Light on the Sociopaths in Politics 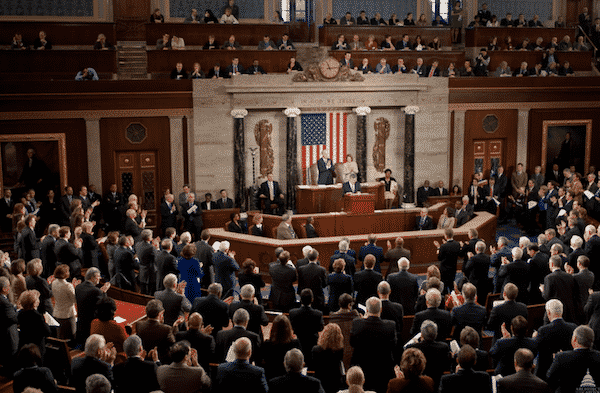 There are at least seven characteristics that define a sociopath, although I’m sure the list could be extended:
They’re chronic, extremely convincing, and even enthusiastic liars, who often believe their own lies. That means they aren’t easy to spot, because normal people naturally assume another person is telling the truth. They rarely have handlebar mustaches or chortle like Snidely Whiplash. Instead, they cultivate a social veneer or a mask of sanity that diverts suspicion. You can rely on them to be “politically correct” in public. How could a congressman or senator who avidly supports charities possibly be a bad guy? How could someone who claims he just wants the U.S. to defend some foreign minority possibly be a warmonger? They’re expert at using facades to disguise reality, and they feel no guilt about it.
Political elites are primarily, and sometimes exclusively, composed of sociopaths. It’s not just that they aren’t normal human beings. They’re barely even human, a separate subspecies, differentiated by their psychological qualities. A normal human can mate with them spiritually and psychologically about as fruitfully as a modern human could mate physically with a Neanderthal; it can be done, but the results will be problematical.
It’s a serious problem when a society becomes highly politicized, as is now the case in the U.S. and Europe. In normal times, a sociopath stays under the radar. Perhaps he’ll commit a common crime when he thinks he can get away with it, but social mores keep him reined in. However, once the government changes its emphasis from protecting citizens from force to initiating force with laws and taxes, those social mores break down. Peer pressure, social approbation, and moral opprobrium, the forces that keep a healthy society orderly, are replaced by regulations enforced by cops and funded by taxes. Sociopaths sense this, start coming out of the woodwork, and are drawn to the State and its bureaucracies and regulatory agencies, where they can get licensed and paid to do what they’ve always wanted to do.
It’s very simple, really. There are two ways people can relate to each other: Voluntarily or coercively. The government is pure coercion, and sociopaths are drawn to its power and force.
The majority of Americans will accept the situation for two reasons: One, Americans no longer have a philosophical anchor to keep them from being washed up onto the rocks. They no longer have any real core beliefs, and most of their opinions – e.g., “We need national health care,” “Our brave troops should fight evil over there so we don’t have to fight it over here,” “The rich should pay their fair share” – are just reactive and comforting catch phrases. The whole point of spin doctors is to produce comforting sound bites that elude testing against reality. And, two, Americans have become very pampered and comfortable. They’re a nation of overfed losers, mooches, and coasters who like the status quo without wondering how long it can possibly last.
It’s nonsensical to blather about the Land of the Free and Home of the Brave when reality TV and Walmart riots are much closer to the truth. The rot originates with the majority of Americans, of course. Political candidates spend millions to take their pulse in surveys and polls, and then just regurgitate what the public wants to hear. Once a country buys into the idea that a privileged lifestyle is everyone’s minimum due, that country is on the decline. Lobbying and taxation are replacing production and innovation as the national modus vivendi, but parasites can’t sustain prosperity. The wealth that took centuries to produce is not inexhaustible.
All political candidates decry the upper classes, say they love what’s left of the middle class, and want to shower more goodies on the proletariat.
People generally fall into an economic class because of their psychology and their values. Each of the three classes has a characteristic psychological profile.
For the lower class, it’s apathy. They have nothing, they’re ground down, and they don’t really care. They’re not in the game, and they aren’t going to do anything; they’re resigned to their fate.
For the upper class, it’s greed and arrogance. They have everything, and they think they deserve it – whether they do or not.
The middle class, at least in today’s world, is run by fear. Fear that they’re only a paycheck away from falling into the lower class. Fear that they can’t pay their debts or borrow more. Fear that they don’t have a realistic prospect of improving themselves.
The problem is that fear is a negative, dangerous, and potentially explosive emotion. It can easily morph into anger and violence. Exactly where it will lead is unpredictable, but it’s not a good place. One thing that exacerbates the situation is that all three classes now rely on the government, albeit in different ways. Bankruptcy of the government will affect them all drastically.
With sociopaths in charge, we could very well see the Milgram experiment reenacted on a national scale. In the experiment, you may recall, researchers asked members of the public to torture subjects (who, unbeknownst to the people being recruited, were paid actors) with electric shocks, all the way up to what they believed were lethal doses. Most of them did as asked, after being assured that it was “all right” and “necessary” by men in authority. The men in authority today are mostly sociopaths.

One practical issue worth thinking about is how you, as someone with libertarian values, will manage in a future increasingly controlled by sociopaths. My guess is poorly, unless you take action to insulate yourself. That’s because of the way nature programs almost all creatures. They all share an imperative: Survive! People obviously want to do that as individuals. And as families. In fact, they want all the groups that they’re members of to survive, simply because (everything else being equal) it should help them to survive as individuals. So individual Marines want the Marine Corps to survive. Individual Rotarians want the Rotary Club to prosper. Individual Catholics leap to the defense of the Church of Rome.
That’s why individual Germans during World War II were, as has been asserted, “willing executioners” – they were supporting the Reich for the same reasons the Marines, the Rotarians, and the Catholics support their groups. Except more so, because the Reich was under attack from all sides. So, of course, they followed orders and turned in the neighbors who seemed less than enthusiastic. Failing to support the Reich, even if they knew it had some rather unsavory aspects, seemed an invitation to invading armies to come and rape their daughters, steal their property, and probably kill them. So, of course, the Germans closed ranks around their leaders, even though everyone at the top was a sociopath. You can expect Americans to do the same.
Americans have done so before, when the country was far less degraded. During the War Between the States, even saying something against the war was a criminal offense. The same was true during World War I. In World War II, the Japanese were all put in concentration camps on groundless, racially based suspicions of disloyalty. During the early years of the Cold War, McCarthyism was rampant. The examples are legion among humans, and the U.S. was never an exception. It’s even true among chickens. If a bird has a feather out of place, the others will peck at it, eventually killing it. That out-of-place feather is deemed a badge of otherness announcing that its owner isn’t part of the group. Chicken Autre must die.
Libertarians, who tend to be more intelligent, better informed, and very definitely more independent than average, are going to be in a touchy situation as the crisis deepens. Most aren’t going to buy into the groupthink that inevitably accompanies war and other major crises. As such, they’ll be seen as unreliable, even traitors. As Bush said, “If you’re not with us, you’re against us.” And, he might have added, “The Constitution be damned.” But, of course, that document is no longer even given lip service; it’s now a completely dead letter.
It’s very hard for an individualist to keep his mouth shut when he sees these things going on. But he’d better keep quiet, as even H.L. Mencken wisely did during both world wars. In today’s world, just keeping quiet won’t be enough; the national security state has an extensive, and growing, file on everybody. They believe they know exactly what your beliefs, desires, fears, and associations are, or may be. What we’re now facing is likely to be more dangerous than past crises. If you’re wise, you’ll relocate someplace where you’re something of an outsider and, by virtue of that fact, are allowed a measure of eccentric opinion. That’s why I spend an increasing amount of time in Latin America. In truth, however, security is going to be hard to find anywhere in the years to come. The most you can hope for is to tilt the odds in your favor.
The best way to do that is by diversifying your assets internationally. Allocating your wealth into real assets. Linking up with sound, like-minded people who share your values. And staying alert for the high-potential speculations that inevitably arise during chaotic times.
- h/t Monty Pelerin, Doug Casey