We need to make fundamental changes to the way we live on a daily basis. It used to be fairly safe to go about your business in public by yourself but not anymore. New risks have been created by these political restrictions that make even going grocery shopping a potential crime.

Millions of people all in the same place on a single day yelling, screaming, chanting, holding signs doesn't tax the state's resources, it accomplishes nothing except to give the people a chance to discharge their frustration. Their enforcers simply coral everyone and then abuse and arrest them.

We need to start working together, going out in small groups, pooling our resources like an insurance pool, to minimize the risk for any one individual. Instead of ten million people in one place on one day, a million groups of ten everywhere, every day. As small groups we can be the change we want every day, everywhere, all the time. The state simply doesn't have the resources to be everywhere, all the time. This way we can lead by example and inspire others. It's peaceful, moral and effective.

Fight smarter, not harder, force is the state's SOP, not that of peaceful people who just want to be left alone. The state's agents are nothing but blunt instruments who know nothing but brutality and obedience. We have to demonstrate that we're better than that. If we're not, then we are the problem and no amount of protesting will make us better people. h/t- Don Cooper 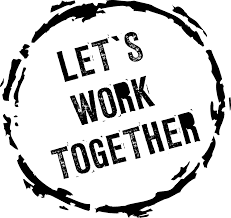