(Essentially, the author is enthusiastically suggesting positive Change is about to break out everywhere because the Forces of Tyranny are doing everything in their power to stomp Freedom into oblivion and enslave the world. Knowledge unleashed by Technology is going to provide the tools and energy to save the world.)

A glass-half-full is also a glass half empty. What is your perspective? Your prejudice?

“ Among other things, the vast smorgasbord of free information that has exploded forth during this Digital Age big bang has put all the traditional “gatekeepers” on their back feet... The evening news broadcasts, the late-night comedy shows, and the White House Press Corps no longer maintain an exclusive monopoly over what is newsworthy...”

Unfortunately, size (still) matters. The total number of viewers of Tucker Carlson, readers of ZeroHedge, and listeners to Sean Hannity is a tiny fraction of the viewers of the Big 3 Network newscasts, NYT and WaPo readers, and NPR listeners. Even allowing for crossovers and shared audience, the “gatekeepers” might have reason to be concerned but still have plenty of wiggle room and time to spout their marinated fertilizer called “news”. With embarrassing ratings and disintegrating reputation, CNN is still on, quoted, and influential, even if only among the Thoroughly Lobotomized demo.

Sam Adams may have been correct about “...an irate, tireless minority, keen on setting brushfires of freedom in the minds of men.” - but sadly, the tinder remains damp – all efforts to get a spark are immediately stomped on by the State and its allies. No Tyrant ever announced, “Ya know...this ain't working out. Let's try Freedom!”

“Big Government oligarchs have unleashed their own “four horsemen of the apocalypse” as a last-ditch attempt to strangle to death the rise of unprecedented individual freedom and personal power.”

Even if, say, the dreaded COVID is ultimately proven to be all the allegations being made about it; that Fauci, Gates, Cuomo, Whitmer, Newsome,  and the entire supporting cast of bureaucracies are the personification of Evil – so what? Is it realistic to expect a reaction of citizens be so overwhelming as to change...anything? Seriously. In addition, Relying on Government to remediate the problems caused by Government has been proven beyond naive; it is aggressive ignorance.

“Why is tyranny exploding across the planet? Because everything necessary for a freedom renaissance is here.”

Mr. Shark's optimism is heartwarming, even encouraging, but with little more efficacy than firing a BB gun at a charging rhino. Similarly, it would be dangerously delusional to conclude 10,000 BIC lighters at the end of the tunnel indicate enlightenment is nigh when, in fact, it more likely really is a freight train.

Any sensible person would hope Mr. Shark's analysis proves true while remembering that Time remains the sole arbiter between Prescience and Paranoia. 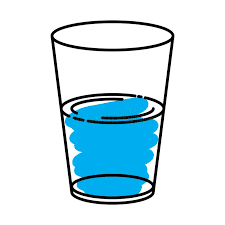