We’ve gone from “a few weeks to flatten the curve” to fully vaccinated to see a doctor.

We’ve gone from “the vaccine is 100% effective” to not preventing infection, barely curbing transmission, and dwindling effectiveness against symptoms in less than 6 months.

We’ve gone from “the vaccine is 100% safe” to risks of blood clots, Guillain-Barre, myocarditis, pericarditis, and skyrocketing reports of adverse reactions on yellow card systems across the globe.

We’ve gone from “masks are relatively ineffective” to wearing masks when there is no active disease in the local community.

We’ve gone from “kids are unaffected by this disease” to promoting vaccines for 5-12-year-olds.

We’ve gone from “vaccinate to get back to normal” to vaccine passports that will be required to access normal necessities.

Stop telling me, “the vaccine is not experimental” when it is still in an experimental trial stage. Long-term data is not in on mRNA vaccines for humans and no amount of data fudging and spin can prove otherwise.

Stop telling me, “but it still reduces the spread” when affected states and countries are at 90% levels of vaccination and returning record numbers of break-through cases. This is hardly a ‘pandemic of the unvaccinated’.

Stop telling me, “well, it’s about reducing the load on our health system” when they can afford to sideline thousands of healthcare workers, once celebrated for their heroic service on the frontline.

Stop telling me, “yeah, but we weren’t expecting this highly infectious new variant” when any virologist worth their salt will tell you this is exactly what viruses do. In general, they become more infectious and less dangerous over time.

Stop telling me, “it’s about keeping us safe” when they suppress treatments, threaten and harass doctors who speak out, censor dissenting scientific voices, and seemingly couldn’t give a toss about suicide, mental health, smoking, and drug and alcohol addictions which kill tens of thousands of Australians each year.

Stop telling me, “people still have a choice” when you know full well there is no choice when somebody’s livelihood, healthcare, and welfare are at stake.

And finally, stop telling me, “it’s a conspiracy theory” when it’s all happening right there in front of you.

There is a virus. Yes. It’s a bad one and sensible precautions should be taken. But, this response is a total overreach and most people know it. They may not express it. They may not acknowledge it. They may even argue against it. But, surely they can feel it. Something’s not right.

This is no longer about a virus. This is about power, and control. I don’t know where it’s coming from. I don’t know how it got here. But, it’s here. It’s global. It’s terrifying. And we must push back. We must. 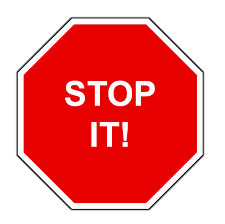