May 01, 2020
The political soap opera has reached Jump The Shark proportions. The perfectly clear reality of the police state and the ballet of the characters supporting and advancing it is too far along for critiquing, much less even attempting to warn a somnolent citizenry. You know how cranky children get when they don't "get their nap out" or, even worse, when they don't get their way. It's beyond time to switch from Instructively Advising to Outright Condemnation. At least the latter has a morally cleansing effect. Alas, the human race continues to disappoint.

The upside, tho, is the wellspring of sustainable observations that support the concept of Anarchy as the final resting place for Freedom. Self-governance, the absence of laws and burden of man-made external force, is as close as anyone will be able to approach Perfection. All it takes, of course, is the caveat of Individual Responsibility. And having no one to blame is a giant step most are unable to make. Maybe that's why God was invented: to have some entity to blame (in a merciful sorta way, of course). Since God is Good and Perfect, any and all misfortunes must be some sort of self-inflicted retribution for Bad Deeds Past, both omission and commission. Since "Time and Circumstance befall all men", human imperfection, not God, takes the rap for slamming your shin into the trailer hitch.

But from a purely political perspective, the Ds and Rs have thoroughly demonstrated the inability of Man to govern Man. Call it Human Nature, Imperfection, Bullshit-On-A-Stick...names/labels are only required to wrap up the definition with an easily-stored label. Libertarians - as a party - are the side-show to the center ring of the political circus that comes to town every 4 years, with those foreplay-to-quickie "mid-terms" in-between. The Libertarian Party is a summary of libertarian contradiction. Like the Ds and Rs, they have constructed an unsustainable "platform" even their own Party does not support - except to talk show hosts and Letters To The Editor. I don't know which is more laughable: the LP struggling to get a million votes nationally or a million dollars in campaign donations.


Then there is the insurmountable Political Establishment, the suffocating Bureaucratic Machine and the unanswerable challenge: "If I vote for you, the Democrat will win." And that doesn't even address the conflict of the Non-Aggression Principle, the cornerstone of Libertarianism, which creates the next embarrassing question: How does a Libertarian hold an elected office that relies on the initiation of the Force of Government? The only answer is: Can't - unless he wants to swell the ranks of the Dead Hypocrites Society.

And that leaves Anarchy as the Last Alternative Standing for those looking for a personal governance track to run on. You are your President, King, Ruler. Your welfare is your concern. Your life is yours to live, love, spend, waste as you wish. The only Don't is initiating force against another - unless, of course, you want to up
the ante on the "waste your life" option listed above inasmuch as your violation of another's right to live in similar anarchistic freedom will likely cost you yours. How simple and perfect is that?

Mutual cooperation if desired...mutual respect as a logical extension of everyone's desire to live peacefully and be left alone, free from the initiation of force requiring one to live the way another decides. Anarchy is the only hope for the majority of humans. Or maybe not the "majority". Maybe the majority will be satisfied being "cared for" by those who just can't resist telling others how happy they would be if they just did "it" their way. In return, They will give Them the security of bondage to an imposed standard, like discipline for children; the security of enforced boundaries beyond which they cannot be trusted to be self-sustaining much less self-disciplining.

So the cycle of human nature is complete: The Masters need the Slaves and the Slaves are OK with that. Freedom only becomes attractive when Slavery gets ugly. As long as one can trade work/time/life for a Happy Meal, Super Bowl and Big Screen TV, life is Good. 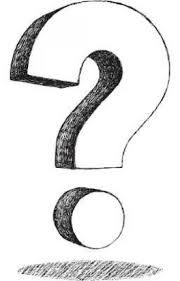