May 05, 2020
It's my hope, I have to believe, that at some point in man's future evolution that even the mention of government will be scoffed at and ridiculed and any attempts at implementation will be met immediately with harsh defenses and demolished immediately.

That all icons to the state, statues, memorials, the grandiose buildings, will be razed to the ground and marked as a darker, unenlightened period in our history.

That humanity will evolve to a higher plane of existence where "all men (people) are created equal" is more than just words on a piece of a paper but rather at the heart of our humanity.

If I don't believe that then what's the point? Should I hope for "less" government? Should I ask the cancer surgeon to only remove some of the tumor so it can grow back again?

The state is the disease that infects the hearts and minds of humanity. It is a socially transmitted mental disease that few ever recover from. It's a disease that keeps us divided over political issues never realizing that politics is the cause of the division and its abolition the solution.

People really are brainwashed, they exist in a zombie like state without every realizing it. When they hear the trigger words with which they've been programmed like government, national security, public health, climate, terrorism, Coronavirus a switch goes off in their minds and they make absurd decisions that they would never otherwise make. 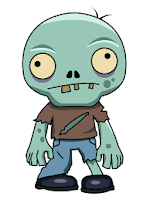 I have to believe that there is more to this life than indentured servitude and then you die.