"The recent Supreme court decision finally discovered the Constitution's silence on the subject. It didn't find the long elusive "right" cleverly hidden, like Sasquatch, somewhere in the 14th Amendment where only Henry Blackmun and some other Supreme Robes could see it. Anyone able to read even badly will not and cannot find the A word, suggestion or direction anywhere in the Constitution."


No subject can nuke a conversation like Abortion. From January, 1974 to the June 24th SCOTUS decision overturning Roe v. Wade, abortion was spontaneously combustive, social arson anywhere, anytime. Even among supporters or detractors, the instant someone said something insufficiently nuanced, it was GAME ON!

The SCOTUS reversal in June changed nothing in that regard. In fact, the rhetoric is hotter than ever as Democrats bust a gut making abortion and the Supreme Court central issues in the upcoming mid-term elections. Republicans like Lindsey Graham aren’t helping – if that was his intent.

Are they lying or just plain stupid? There’s strong evidence of both.

Did the SCOTUS decision “outlaw” abortion? Did it strip away a constitutionally protected right? Did it make abortion illegal? The answer is “Yes” - if you’re a Liberal incapable of comprehending basic truth and fact or a psychotic politican whose need for power has induced your own lobotomy. The simple, factual legal reality is: the decision did not ‘strip away a Constitutional right. It established no such “right” existed in the Constitution, therefore, any legislative consideration was not in the purview of the federal go – it is up to the individual states established in the 10th Amendment.

The recent SCOTUS decision finally discovered the Constitution’s silence on the subject. It didn’t find the elusive “right” cleverly hidden, like Sasquatch, somewhere in the 14th Amendment where only Henry Blackmun and some other Supreme Robes could see it. Anyone able to read even badly will not and cannot find the A word, suggestion or direction anywhere in the Constitution. That simple reality was the foundation for the recent June decision. The “right” wasn’t removed; it never existed. The abortion question was punted back to the individual states where it rightfully belonged. To include the Constitutional ingredient in your sacramental wafer, one must add the correct amount of States Rights.

But wait! There’s more! Pro-Choicers need not lament! Abortion is still available most everywhere in America. It just may not be as ubiquitous as McDonald’s but your employer might even pay for you to get across the state line to a jurisdiction that will welcome you with warm forceps and a smile. (Ironically, you’ll have to check with your Human Relations dept. to see if that’s part of your benefits package) So it’s not the dreaded prohibition of abortion; it’s the inconvenience of not having the Instant Gratification of a comfy clinic just down the road. Here’s a neat idea: if your state’s legislature does decide to render abortion illegal, head on over to one that doesn’t. Currently, 8 states allow abortion right up to the moment of birth. Anyone of these would work really well for anyone who has difficulty making decisions. If you plan on making abortion a regular part your health care plan, moving would also be a swell idea.

Why do Democrats want so badly to kill babies? Many of the Pro-Choice crowd say that’s not it at all! Like the name says: it’s about choice. We don’t want other people – especially groady old white guys – telling us what to do with our body. To borrow the oft-chanted phrase: Our Body Our Choice.

Hey now! Free Choice! Something we can agree on! Ya know, it’s never gone away. No legislature, no court, no president, no army can take away free choice. Ultimately, the choice may be somewhere between “distasteful” and “repulsive”, but the fact remains Freedom to Choose is always an option.

“My Body, My Choice” confirms the ‘choice’ is yours. No person or government has the authority to say – or act – otherwise. Unfortunately, the catchy phrase morphed into a myopic rallying cry against anti-abortion laws while ignoring the entirety of the principle. If no person or entity has authority over your body, who does? You do. If you don’t have exclusive private property rights to the life you own, who does? No one. Of course, with all matters of freedom, authority comes with individual responsibility, the responsibility of decdiding what goes into your body. That includes a penis. If your denial of access is forcefully overridden, that’s rape and there are severe consequences for that violation of your person. If access is consensual and pregnancy results, that’s conception. If the conception is unwanted, that’s your choice, too, as well as the failure to exercise your individual responsibility for authority over your body. It doesn’t have to be that way; there are other choices, many of which are free!

Birth control - While available at any drug store, grocery store or truck stop rest room vending machine, there is a cost. Planned Parenthood and other so-called women’s health agencies offer condums free for the asking. If funds are low, drop by and pick up a handful for that romantic weekend ahead;

Celibacy is another inexpensive option. Similar to Just Say NO! above, celibacy also tends to hamper an active sex life. Still, Lent and other religious occasions provide several opportunities per year to give it a try. Again, at no cost;

Finally, make your birth control decision fun! Throw a Get Acquainted party for your thighs! For most women, your knees and ankles will be the first to come along! Invite friends who may want to join the fun in saving time, money and the mild discomfort of a D&C.

Obviously, the liberal wing of the Sisterhood and accompanying Democrats – even Catholic ones like Pelosi and Biden – want abortion to be your go-to choice for Women’s Health and Reproductive Services. Abortions disguised as ‘women’s health’ and ‘women’s reproductive rights’ are big business; very profitable from the variety of ‘services’ covered. From free condoms to abortion to sale of fetal body parts – all currently subsidized with tax-payer dollars – there are few franchises that offer such financial rewards!

But when all the debate, demonstrations, pussy-hats and all are done and done – SCOTUS decisions included – until society becomes a living ‘Handmaid’s Tale’ abortion will always be available, always a choice. It may be inconvenient, expensive – even illegal – but still available. In Houston,1972, just prior to Roe v. Wade, a college student could get an abortion from a licensed physician in his office for around $500. Besides the cash, all it took was a “weekend appointment” when the office was officially closed. Illegal? Sure – for the doctor. Texas? Yes, but only the terminally naïve would think there weren’t gobs of doctors across the country clandestinely offering similar services. The old Coat Hanger story was told primarily for its “fear factor”.

As with most controversial issues, it all comes down to money and power wrung out of fear and ignorance. We are to believe the preponderance of women of child bearing age want the ‘choice’ of abortion but, like a child, they want it when they want it and they want it free of charge (and responsibility). Too many political psychos are happy to give it to them in exchange for the votes that keep them in power and control. You can support them November 8th.

Your Vote; Your Choice. 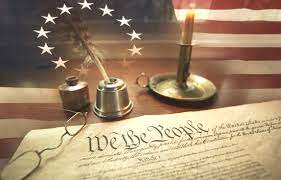