Their Plan - and Yours

"You can ignore the laws of economics, but they will not ignore you. Those laws, principles and forces have already been ignored; the consequences are what we are now facing. No puny mid-term election will change or stop the effects from imposing their destructive ways on your life, our society and the rest of the world."

(Transcribed from Now For Something Completely Different podcast)

Roaring down the homestretch like a Tesla on autopilot, the Woo-Hoo Mid-Terms are less than two weeks away! Watch, now, how the Desperate Dems play their favorite political plans.

Fear is the Liberals go-to strategy for manipulating and intimidating citizens of all stripes. With the Mainstream Media, Big Pharma and other Bigs at their command, the play is easy, expedient and effective: Scare the crap out of everyone (especially soccer moms and the elderly who always vote) and most any political power grab will be had. (See Covid pandemic, crime, et al). The greatest thing about Fear is its easy administration. Everyone is scared of something; pain, suffering and death lead the pack. Convince someone that he, she, they or loved ones are the target and you can get them to do, say, believe anything. Like wearing a totally ineffective mask. Maintaining 6 feet of separation. Elbow bumps. School and business lock-downs. Embracing a scientifically questionable vaccine. Accepting an unconstitutional government mandate. How easy was that? Question or object? Closed, cancelled or fired. Silence ensues. Ignorance blooms. Mission accomplished.

With or without the urgency of gaining/retaining political power, projection has been one of the Desperate Dems most effective strategies. They used to employ it more subtly than in recent years; not any longer; a confirming reflection of desperation as the Internet and social media has allowed information to become as available as it became ubiquitous, regardless of aggressive censoring by the Big Tec/MSM/Government Complex. As races heated up, polls tightened, ‘facts’ questioned, truths revealed, the gloves came off. Projection came out of the closet, revealing itself on the Evening News:

- Republicans will crash the economy!

- Crime will double when Republicans take over!

- Food shortages will be more serious under Republicans!

All of the above is true. The dirty secret the DDs aren’t telling is: all these will occur even if the DDs win! They are in complete control. They made it happen. So they boldly ‘project’ exactly what their goals were all the time, then blame everyone from Putin to Popeye for the disasters they intentionally created, believing attention-deficit citizens didn’t notice the reasons why. Millions will suffer accordingly but for a bigger reason: aggressive ignorance, contagious apathy and the resulting addiction to instant gratification.

What too many fail to understand (via apathy and aggressive ignorance) is the force of economic principles – like gravity – cannot be ignored. As many economists and scholars have said over decades: “You can ignore the laws of economics, but they will not ignore you.” Those laws, principles and forces have already been ignored; the consequences are what everyone is now facing. No puny mid-term election will change or stop the effects from imposing their destructive ways on your life, our society and the rest of the world. Put more simply: Instant gratification ain’t happening. Not now. Not ever. Only mad men get to indulge in it to their ultimate demise. The sooner one realizes that, the sooner reality can be dealt with intelligently and effectively. 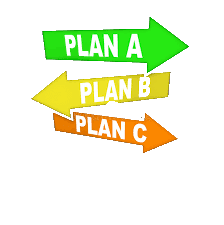