"Certainly these are questions many Americans –even you - may have asked themselves and searched for straight answers from others with all measures of success!"

Listen to the Podcast

Hey BW:
Some questions about the border-immigration situation over there:

Since unfettered border crossings are illegal as violations of immigration laws and accurately defined as “invasions”, where are the armed forces to repel them?

If the President as Commander-in-Chief fails to martial military forces to ‘protect and defend the United States’ as is his constitutional oath, why haven’t individual States called out their National Guard and state militia to protect their borders?

When the President as Commander-in-Chief refuses to exercise the constitutionally mandated responsibility of “protecting and defending the United States”, how is this not a violation of your Article 92 (UCMJ), sedition, and an impeachable offense?

The Declaration of Independence states: ‘… whenever any form of government becomes destructive to these ends (securing the unalienable rights of life, liberty and the pursuit of happiness), it is the right of the people to alter or to abolish it, and to institute new government…when a long train of abuses and usurpations…evinces a design to reduce them under absolute despotism, it is their right, it is their duty, to throw off such government, and to provide new guards for their future security.’

If Americans still believe and honor these words, why haven’t their Governors acted accordingly?

If Americans still believe and honor these words, why haven’t they acted accordingly?

Looking forward to your response.

How would you answer Peter?

Well, here’s your opportunity to help a young seeker of truth, fact and reality. Certainly these are questions many Americans –even you - may have asked themselves and searched for straight answers from others with all measures of success! All appropriately constructive answers will be forwarded with full attribution as well as cited in a sequel here at the Blue State Conservative.

More serious is the probability fewer Americans have inquired of anyone at all much less even wondered themselves what the hell is going on between elected officials, Constitutional requirements, our (alleged) Rule of Law and the wanton invasion currently moving right along across our southern borders.

NB: For those inclined to respond with boilerplate comments such as the old “Well, Democrats want new voters and Republicans want cheap workers” trope, forget it. The correspondent deserves serious answers, not clichés.

Have at it. Give it your best shot. There is no word limit but brevity in such matters is always appreciated. 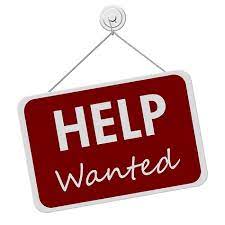