"If you had to describe the mood of the nation in one word, what would it be?"

If you had to describe the mood of the nation in one word, what would it be?

Since the beginning of the (alleged) ‘pandemic’ through the deafening implosion of America’s small businesses, the near eradication of social comity to the rupturing of family ties, all done in your face with the iron fist of government’s tyrannical abuse of power, Americans have become permanently pissed off. The venom springs from a deep well of frustration, first with themselves for not catching on to the con earlier. Add the resentment from the lingering tyranny of unconstitutional mandates, lockdowns, closings, and unscientific restrictions now proven to have been deadly deceptions . Ultimately, the familiar lack of accountability held against the burgeoning list of government scum, corporate cronyism conjoined with media complicity all acting in unison, have brought us to this tipping point.

Adding octane to the frustration is the growing revelation of enforcement agencies that exist to protect us and punish the guilty, have instead openy pressed the notorious Ignore Button that springs the guilty from any responsibility whatsoever. While Congressional profligate spending has driven the national debt to $1.4 trillion and the Pentagon has failed its 5th consecutive audit unable to account for $2 trillion in assets, Congress and the Biden Administration have authorized the expenditure of $80 billion for the addition of 87,000 new IRS agents to audit the tax returns of roughly a million more middle-class taxpayers and small businesses. Simultaneously, the official Government Extortion Service informs taxpayers to report “transactions of at least $600 that are received through payment apps like Venmo PayPal and Cash App.

But wait. There’s more. Much more.

The list of government lies is too long for this space (time). Articles, studies, books and documentaries have been produced accurately identifying every Government branch, department, agency and, in many cases, individuals guilty of outright lies and complicity that have inflicted unspeakable pain and damage on Americans. From the unconscionable murder of the elderly under the guise of heinous restrictions imposed for a faux pandemic to assurances of the efficacy an untested vaccine that, right now, is proving to be a causative agent in “Sudden Adult Death Syndrome”. Continuing reporting and research is providing additional connections to “the jab” and otherwise inexplicable and premature death.

The Biden politically motivated moratorium on fossil fuels has fueled inflation just as well. The continuing sale of national petroleum reserves to manipulate the market and voters continues unabated. In April alone, 950,000 barrels were sold to China. While gasoline prices in America have shown regional declines, that was never the purpose of establishing the NPS, nor does it address re-stocking at a cost higher than the sales price or long-term energy problems. The Biden “solution” – buy an electric car – is as insulting to citizens fighting skyrocketing inflation as it is an irrelevant solution for any time in the foreseeable future.

Nothing effects people like Fear. Unquestionably, it is the ultimate motivator. And nothing scares us more than serious physical abuse and possible death. There isn’t much a person won’t do to avoid it. The primary reason Crime ranks as the #1 concern for all people regardless of race, sex, religion, national origin or preferred pronouns; crime doesn’t discriminate. Crime is ubiquitous. The more prevalent, the more violent, the more stressed the people in the affected area. Think Chicago, New York City, San Francisco. It could be debated: Government likes Crime. It makes innocent – and generally unarmed – citizens Government-dependent. When people depend on Government, they are at the mercy of bureaucrats and their rules. And those rules are never Freedom Friendly. They are designed to control you more than apprehend the criminals who threaten you. The scam of cCrime control is as big a business as it is an illusion. More and more people are coming to know this and that adds to the frustration and rage being witnessed across America.

Citizens’ anger is properly aimed at Government for abdicating its constitutional mandates as well as hypocritically, immorally even illegally breaching the government’s directed responsibility we’re paying for with lost freedoms, stolen property and extorted earnings.

As Jim Kunstler mentioned...one of the main deceptions the past three years has been the suppression of information about the Covid-19 “vaccines” that were foisted on the population — for many, made a requirement to earn a living. The pre-Musk Twitter worked strenuously to bury any data and all news that suggested the Pfizer and Moderna mRNA vaccines were disabling and killing people. The tension between truth and lies has now reached the tipping point, with so many suspicious “all-causes” deaths coming to the public’s attention. This is what the authorities are really afraid of: that the people will learn their government has carried out — by epic incompetence or true malice — something that looks like an attempted genocide.

The latest Twitter documented revelations of election tampering at the highest government levels (courtesy Elon Musk) and confirmed by the MSM’s studied avoidance of what they would otherwise have trumpeted as a “blockbuster” story, has the electorate’s confidence in so-called ‘free and fair’ elections crashing to new lows. But that’s what tangible proof can do.

What does it mean to have a country when the government itself is lawless and corrupt?

Based on objective analysis, the wait is over: it’s fair to say “We’re there”.

So what comes next?

Better come up with some answers – unless you’ve acquired a taste for boiled frog. 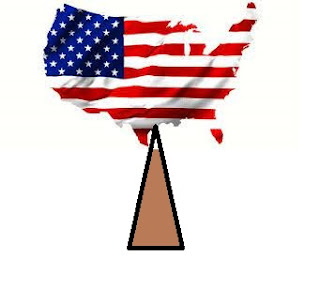