How Corrupt Is a Corrupt Media?

"The media is unapologetically fused with the Democratic Party, the bicoastal liberal elite, and the progressive agenda."  -Victor Davis Hanson

" In sum, there is no media. It has ceased to exist, and the public plods on by assuming as true whatever the Pravda-like news outlets suppress and as false whatever they cover."

Before he became nationally celebrated as the "Smartest Man In The Room", I had three opportunities to interview "VDH" on my various talk shows across the country. Each on-air chat was just that: a chat; an informal, friendly exchange between two people on the same page. (I'm confident the respect on my side was considerably greater; VDH was and has remained a gracious, courteous and humble genius).

While I have been laboring for months over this keyboard to scribble the definitive damnation of what we now colloquially refer to as the "MSM", my friend beat me to it. In spades! Everything I was trying to write inclusively about my "news" colleagues and their years of skullduggery, Hanson wrote more and so much better. And it can't be just because he types faster than I do! His recall, research, brilliant story development and writing style makes enjoyable reading of even the most wretched subjects.

Assuming you are a consumer of news, current events, the stories detailing the continuing corrosion and corruption of America, ultimately you will agree "How Corrupt Is a Corrupt Media" is a tour de force and unarguable condemnation of the organizations and people who bring us the "news". 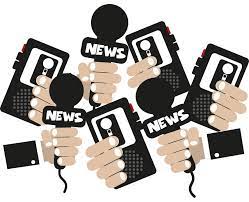