June 25, 2020
FYI - Regular visitors know I occasionally post articles from other pundit pals who scribble something of particular worth; this is one of them. I have known, worked and shared efforts with L. Neil Smith for 30+  years. Remarkably, despite a shared philosophy, correspondence and several phone conversations, we have never met; as long as there is a TSA, we won't. Regardless, I remain an admirer of his mind at work, especially when put to print. The following is a compelling example...
BW

For something like 850 years, the British held the Irish against their will. So stubborn was the Irish desire for independence that their conquerors attempted to stamp out Irish culture, banning their language, their music, their native dress, even hanging, drawing, and quartering men who flaunted the Irish color -- green -- and throwing women wearing green to the troops. They even wanted to forbid the shamrock, a species of clover, from being worn.

In the long run, the British brutalitarian stab at cultural genocide didn't work and Ireland is its own sovereign nation today. Its own sovereign people. There are very few examples in world history of a population so grimly tenacious that they can be ground under the heel of ''absolute despotism'' for 850 years and still keep fighting to be free. I am proud to be of Irish descent.

However, if we condemn those British efforts to wipe out every trace of Irish culture, as we should, then what are we to make of similar efforts right here, where we live, to do exactly the same thing to the descendants of those who lost what is mendaciously called the Civil War?

Before we go any further, it is necessary that you understand that almost everything you think you know about that war is false. Start with the name. A civil war is a conflict between two groups, each of whom want control of the same government. There has never been a civil war on the North American continent. The unpleasantness that happened between 1860 and 1865 was a war of secession -- no different from the American Revolution -- in which the people of the South wanted nothing more to do with a Northern government they felt was oppressing them. But don't take my word for it. Go, look it up for yourself.

How were Southerners oppressed? I pretend to hear you ask -- somewhat incredulously because you were indoctrinated by the public education system to believe that the war was about freeing black people from slavery. Three facts, which you can look up yourself, disprove that proposition beyond all possible contention, and I will get to them directly.

Perhaps Southerners tended to feel oppressed because, before the war, they had been compelled to pay an incredible 80% of the government's expenses, although they were a only fraction of the population, and were far less wealthy than the politically powerful industrial North. Don't take it from me, look it up. Southerners were punished, economically, whenever they attempted to trade with other countries that offered them more for their agricultural products than the crooked and tight-fisted North. (And isn't that exactly the way that England treated the colonies before the ''shot heard 'round the world''?)

When a sleazy railroad lawyer, Abraham Lincoln, came to prominence by promising to double the South's taxes, Southerners decided to end this parasitic relationship. They signified it by firing a single eight-inch mortar-shot at Fort Sumter, which was a tax-collecting station. The so-called ''Civil War'' was actually a tax revolt, far from America's first.

Eighty percent -- doubled. If you remember nothing else I write here, remember that.

Most Americans believe that the War Between the States was all about slavery. Aside from Abraham Lincoln's own remarks -- that he would gladly have fought for slavery if he'd thought it would keep the country together -- there are other reasons to doubt that.

I promised you three facts, here's a fourth. If the war had been about slavery, thirty thousand black troops (30,000) would not have enlisted to fight for the Confederate States of America.Yeah, yeah, I've heard it argued that they were slave-soldiers. Even if that's true, how does that make them different from the thousands of conscripts forced at bayonet-point to fight for the North? Once again, I urge you to look it up. The whole world is at your fingertips.

To the overwhelming majority of Southerners, black and white, who did not own slaves, the war was mainly about keeping drunken, thieving Union conscripts out of their barnyards and bedrooms -- which may be one reason that our would-be overlords tried recently to outlaw the unparalleled masterpiece, Gone With The Wind, which shows that situation clearly.

I initially became interested in NASCAR -- stay with me here, I'm not really changing the subject -- when they were among the first to call bullshit on the corona virus hoax. I lost interest the second they decided to outlaw the distinguished battle-flag of the Confederacy, falsely claiming that it is racist. The Confederate flag is the precise opposite of a symbol of slavery. It is a symbol of rebellion against corrupt authority and the yearning for liberty, something the power-hungry and their lackeys -- you know exactly who they are -- have always hated, loathed, feared, and despised -- and will do absolutely anything to wipe out of the human psyche. Displaying that flag is an act free speech protected by the First Amendment.

I'm sitting here in a wheelchair, at the moment, but whenever I hear _The Star-Spangled Banner_ -- or _Dixie_ -- either of our nation's anthems, I will struggle to stand with pride. 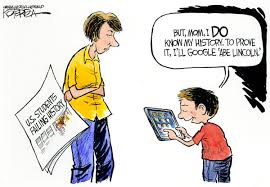