"The Blazing Saddles “Harrumpf!” scene provided the perfect visual analogy for portraying the embodiment of posturing, posing, power puffing, incompetence and hypocrisy all in one short, amusing scene."

The following is a transcription from the Now For Something Completely Different Podcast:

The Blazing Saddles “Harrumpf!” scene provided the perfect visual analogy for portraying the embodiment of posturing, posing, power puffing, incompetence and hypocrisy all in one short, amusing scene.

These same theatrics are re-enacted daily across the pages and screens reporting American politics. “Elected leaders” and 2-bit bureaucrats, full of themselves with assumed authority, thoroughly convinced that have the admiration and permission of their constituents, even the entire American electorate, all a result of their publicized “Harrumpf!”.

No expletive of outrage or cliché of condemnation was spared!

“When Republicans take back the House, we will conduct immediate oversight of this department, follow the facts, and leave no stone unturned…Attorney General Garland: preserve your documents and clear your calendar.” (Mike McCarthy)

“This is some Third World bullshit!” (Dan Bongino)

“ Jerry Nadler: call up Christopher Wray, call up Merrick Garland, bring them in front of the House Judiciary Committee, so we ask them the questions…” (Jim Jordon)

“weaponization of the FBI by Biden’s DOJ against his political opponent…House Republicans will hold them accountable next year!” Steve Scalise

“…a dark day in American history…the political weaponization of the FBI and Department of Justice is an actual threat to democracy. This is the same corrupt agency that illegally fabricated FISA warrants, knowingly deceived Americans about Russian ‘collusion’ for years, and weaponized itself to perpetuate this hoax with their all-too-eager mainstream media accomplices.”” Elise Stefanik

Generally, the conversations devolved into redundant reviews of every Hillary Rodham Clinton sin and scandal, seguing into Hunter Biden’s sordid stories and how they were never held accountable for anything, including evisceration by the MSM.

The Knuckle of Knuckleheads Award is a tie between Kevin McCarthy and Jim Jordon:

Who is naïve to the point of actually believing either of these exhortations have a snowball’s chance of happening? In fact, what was the purpose in even saying something that will only succeed in making you appear a fool? Nadler, Wray and Garland must still be guffawing!

This is the pathetic pattern of the GOP: wailing and gnashing of teeth for not being treated fairly by the Opposition. Ya know – the way nice, well-mannered, gutless Republicans behave when they’re being routinely screwed over by Democrats in power regardless of the number of times they’ve played Whipping Boys. Of course, when Republicans are in the majority, they’re too apathetic, too divided, too busy, too spineless to do anything bold for the American people for fear the Dreaded Dems with their Media Pals will say bad things about them, then outfox them procedurally, torpedoing whatever cute legislation was pending. In my lifetime, Unity has never been a hallmark of the Republican Party. When you allow bullies to have their way with you, to exploit your advertised weaknesses and spineless programs, they will take every advantage of you at every opportunity and laugh all the way to re-election, legally or otherwise.

This isn’t to imply the FBI and DOJ were all Boy Scout in what they did. Legal precedent, traditions, comity and the good old 4th Amendment still have their cherished places even in the toxic swamp of the Logic Free Zone (DC). The problem with the Republican and conservative media response is the predictable lack of any hope for a pragmatic solution, something that will actually accomplish something more than filling air time or pages or podcasts with empty redundant rhetoric.

But kudos to one (former) colleague: Mark Levin. While he and I crossed swords a few times in our storied careers, he did make the following astute observation:

"I haven’t heard a damn thing from the Republican leadership in the Senate! Have you? Not one of those guys has put out a statement. Because they’re weak. That’s why."

Red Wave in November? Someone better bring more than water and Speedos… 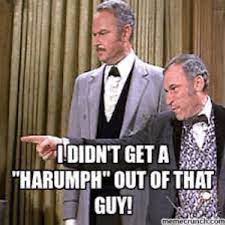