An Open Letter to the Sixpacks

"Here are the important parts: First, those “news reports”? They’re lies. The Media lies. It lies by omission and commission. Mis-truths, half-truths and outright lies. When they don’t report something, the truth becomes a ‘conspiracy theory’ simply because they didn’t report it that way."

Hear this episode at: Now For Something Completely Different with Brian Wilson

(An Open Letter to the Sixpacks transcription)

As the midterm elections approach, it is possible – even easy - to lose hope the final results will be what every rational person is hoping for: the giant Red Wave that will sweep every liberal out of every office at every level of government: local, state and federal. As November 8th comes closer, here are a few things you’ll want to remember and share with friends, neighbors and family – even flatulent old Uncle Bluster.

There will also be ‘unnamed sources speaking anonymously ’ on anything anti-Trump or anti-Republican; who will also state emphatically that Republicans are seeing the Red Wave turn into a Red Ripple; that “The new politics of bifurcation explains why 18 percent of voters disapprove of Biden but say they will vote for Democrats in the fall.” Even “Republicans are terrorists”.

And there will be polls. Lots and lots of polls showing the Republican lead over Democrats (gasp!) shrinking faster than a watered down wicked witch. With every passing news cycle, as Election Day gets closer, the Republican’s lead will keep shrinking and shrinking until ‘red candidates’ in “heavily red districts” are suddenly (gasp again!) “in a statistical tie” with their ‘blue opponent’ who, just x weeks ago was down by 2 million points!

Here are the important parts: First, those “news reports”? They’re lies. The Media lies. It lies by omission and commission. Mis-truths, half-truths and outright lies. When they don’t report something, the truth becomes a ‘conspiracy theory’ simply because they didn’t report it that way.

Simply put: If you question the popular narrative, you’re a conspiracy theorist. If they simply don’t report it, it’s the truth by default. Heads they win; tails you lose.

But what about all those polls? Remember this anyone - anyone - with a Visa, MasterCard, AmEx or Wal-Mart can buy a poll. You get to say what questions will be asked. You say who gets asked those questions. You say what age, sex, and race are polled; where they live, what’s their income, how many kids do they have – all that and more. In other words, you can tailor your “poll” to confirm anything you want it to. That’s what they do – and they’ve been doing it for decades. That’s what you can do. But you won’t. Polls aren’t cheap and they need credibility – like being associated with ABC or NBC or FOX, e.g., “An ABC/Sixpack Poll says 79% of those polled believe Donald Trump is a Russian agent from Mars who likes Chinese food”.

Who believes this? Do you, Mr. and Mrs. Sixpack, believe it when:

The Atlantic claiming Democrats might avoid a midterm wipeout?

The Washington Post reports Democrats are showing momentum coming out of special elections? And…?

NPR claims Biden's recent wins could give Democrats a boost heading into November?

Even ‘conservative’ Fox News claiming midterms looking 'much better' for Democrats because of Trump?

Right now, the media is pushing the narrative that Biden has had a resurgence! They are citing his ‘legislative accomplishments’ on tech manufacturing, guns, infrastructure, and climate change. Oh, and he’s wearing his Aviators again! (Cataracts? Or identifying with Tom Cruise?)

Putting aside confirmation bias and cognizant dissonance, most reasonable people following the “news”, are beginning to understand the active hand the “MSM” has had in massaging the facts. Irrespective of FBI, DNC and others interfering in our elections, do you understand what’s happening?

You. Are. Being. Played.

The Elites of the “Deep State”, DNC, “and other liberal organizations see you as the Deplorable. Ignorant. Uninformed. Lazy. You have been successfully demoralized by the ‘fake news’; the inevitable Red Wave has inexplicably become high humidity. So you’ll stay home with a tub of popcorn, watching Bret Beir play with this tumescent computer screen, popping up states and races turning blue with all the excitement of a gamer playing Grand Theft Auto XXIV.

This is the game the liberals and their media buds play every election cycle. They play you. Don’t let them get away with it again. Vote. In-person. Bring friends. Volunteer as poll watchers. Make noise. Don’t be the Polite Republican getting stomped on by the Big Bad Liberal.

Resist. Take a stand. You may not get another chance.

Brian Wilson is a nationally ignored radio/tv talk show host, author and occasional un-indicted contributor to The Blue State Conservative. He recently released his fourth book, “50 Stories; 50 Years in Radio”, and is currently scribbling the screenplay for his first novel, “Watercolor Memories”. With his spare hour, he is producing his new podcast “Now For Something Completely Different”, all from his technically challenged studios on the pristine shores of the Great Unnamed Lake, somewhere in the Southeast 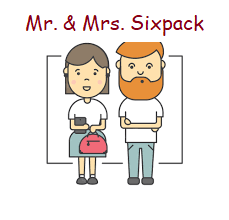