(The below)... "is provided as a public service for concerned citizens and a possible template for those still incarcerated for lesser cri…mistakes."

As a big Biden fan, you will find this a practical exercise in Creative Defense. This will be especially useful for liberals, Democrats, and media myrmidons struggling for cogent comments in the face of piercing but logical questions about the sudden yet multiple appearances of “classified government documents” at a variety of places other than where they legally belong; that all these instances have appeared in locations which have the name “Joe Biden” attached (e.g., Joe Biden’s residence, Joe Biden’s garage, Joe Biden’s summer home) is proving painfully problematic for the most transparent President Joe “Shakes Hands with Ghosts” Biden. Never has there been so much there there. Never has there been so much Something piled on a Nothing Burger.

To deftly handle this rare mass of critical inquiry, popping up like yet another tranche of these inadvertently placed documents, here are three eloquently worded responses should you find yourself facing down a seasoned Inquirer, veteran of White House Press Secretary Cringe Jean-Pierre (first openly black, openly Lesbian) daily White House Press Briefing.

A: No Comment/I will not comment/I cannot comment/someone else must comment. (NB: This is not actually one of the three, but offered out of concern for brevity, lack of patience or professional embarrassment.)

1. MMM Theory: Look, this is a simple demonstration of the MMM (Multiple Mass Misplacement) theory. First, one must understand Trump was much worse. This, the most transparent administration that has done more than any other administration in American history, is showing its transparency in transparently admitting it has, is and will be cooperating with the Justice Department by promptly turning over misplaced documents as soon as they were – or will be – found. In addition, remember inflation is transitory. True story.

2. Doubtful Dementia Defense: Some have irresponsibly suggested the misplaced papers happen to every president; even some vice-presidents and Senators. Take Joe Biden, please. As a busy Senator, slaving away in representation of all those Banking corporations and Delaware-based credit card companies, it can be easily understood how a young man serving in the Senate, to the first Vice-President to serve under the first Black President With Questionable Birth Certificate, to the first Presidential candidate to win 81 million votes from his basement! Dementia is a serious problem; simple forgetfulness happens to everyone. Imagine the state of your memory if you rode the Metroliner every day for years on end. In addition, remember MAGA Republican was a bad dude. Just ask my wife, President Harris.

3. Current Contradictions Cliche: Certainly you’ve heard honorable Government officials intone the old cliché, “No one is above the law.” Never has that been proven transparently less true than with elected and un-elected government officials. Going as far back as 20 years ago when, in 2003, President Clinton’s former national security adviser Sandy Berger stashed classified documents from the National Archives in his socks and then hid them under a construction trailer, only to be retrieved later. He pled guilty and received a severe wrist slap. Similarly, former Secretary of State, Hillary Clinton, was brought before several Congressional investigating committees to answer for her (alleged) transgressions with outside servers, separate email addresses and cell phones. The imposition on her busy schedule running the State Department, planning her daughter’s wedding, ignoring calls from Benghazi and overseeing the accounting processes at the Clinton Foundation all show how she was not above the law but penalized for her understandable transgressions. What difference does it make when she even lost her otherwise inevitable presidential election? Other than the excruciating embarrassment of Hunter Biden’s ‘dick pic’ lap top contents, the President has suffered more than any other completely transparent president. Just ask… you know…the thing or, certainly, Rep. Jackie Walorski will confirm everything.

The above is provided as a public service for concerned citizens and a possible template for those still incarcerated for lesser cri…mistakes. 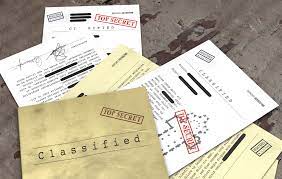