The Pandemic of Fear

"Rather than the citizen’s ‘watchdog’ against government impropriety, the Press has morphed into the government’s lapdog of lies."

This is our real ‘pandemic’.

Not the better known "Govt-MSM-Big Pharma- Big Tec- Big Medicine ‘C-19" one. Any comment, question or contradiction to the narrative of the Name That Must Not Be Mentioned will get you professionally terminated and socially ostracized.

Fear is the ultimate weapon of choice among those who can – and do – wield it with abandon and impunity to protect their image of authority and flaccid offerings of salvation to the uninformed. Sadly, even the ‘informed’ are often intimidated into silence, thus short-circuiting hope of remediation and restitution to the institutions formerly revered as pillars of American society, e.g., ethical medicine.

Government’s monopoly on the initiation of Force makes its deployment of Fear more deadly than any collection of nuclear arms. Weapons of mutually assured destruction will eliminate all life forms. Fear of government force may permit life while liberty and any pursuit of happiness is destroyed.

Generations alive today have witnessed the steady degradation of the Press that still enjoys the constitutional protection of the 1st Amendment. The conglomeration of the 'Mainstream Media', working in concert to perpetuate Government’s use of Fear with mis- and disinformation, has become a potent addition to Government’s arsenal. Rather than the citizen’s ‘watchdog’ against government impropriety, the Press has morphed into the government’s lapdog of lies.

Recent revelations have confirmed the MSM’s evil twin, Social Media, even more proactive in cultivating Fear through censorship, de-platforming and demonetizing those who would speak in contradiction to the ‘popular narrative’ of lies referenced above. The ruination of entire economies, businesses, careers, families, savings, property, even health and life are the progeny of the pornographic coupling of Government agencies, political parties and “Big Tech” psychopaths.

Worse than greed, unbridled avariciousness defines the actions of “Big Pharma”. Working with government and media immorally and illegally, outside the ethical bounds of its previously trusted industry, Big Pharma gang-raped the trust of the suffering patient. Violating its own rules of trials and tests, it parlayed government force to inject an unproven poison into the veins of innocents intimidated by fear through lies hidden by media censorship and contradiction of fact.

Even worse than Big Pharma is the total capitulation of Big Med and the near majority of its practicing physicians. If any group had the knowledge, experience and standing to shine the brightest of lights on the lies and deceptions of government and industry collusion, it was the collection of health professionals in whom the entire world put its trust. And more than a little faith. All of this was squandered for reasons not entirely known beyond the basic refusal of organization members to stand up, call out and refuse to participate in the deadly charade engulfing their very patients. “First, do no harm” was scuttled for “First, do not miss a profit.” The gross infiltration and manipulation of the medical profession by Big Pharma is a story that has just begun to be told; the effects will be a scandal for the ages.

Truth and facts continue to leach into the public’s attention. At what point will any culpable individual, entity, group, or organization - Government, Media, Pharmaceutical - step up to apologize for the death and destruction they collectively inflicted on every component of American Society?

Never mind. That was a trick question.

Tragically, it is unlikely the revelation of this all-engulfing monstrosity unleashed worldwide will ever realize the notoriety it so richly deserves, nor will the demons and miscreants who perpetrated it be properly drawn and quartered for their sins against humanity.

The only immunity to the pandemic of fear is the inoculation of accurate information, trust in those who have earned it and your strength in self-ownership. 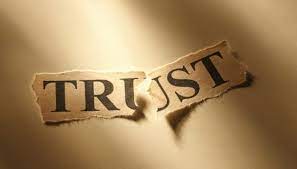