I know – long time, no talk! But it’s not that you haven’t been a tad busy!
Look – I just wanted to drop you a line as a friend and former media colleague about your future plans. You know…your Big Announcement about the 2024 Presidential thingy. Time is short so I’ll come right to the point: Don’t do it, Don. It’s over. You’re “over”. Past your ‘freshness date’. You had your ‘15 minutes’ and, for the most part, did a damn good job.

You tore the mask off Fake News media, raised everyone’s awareness of the Deep State and the depth of political corruption. You showed the Republican Party what could be accomplished if they would just grow a pair, get some real leadership and show the country what could be accomplished by standing up for international fairness and honoring Free Market and Small Government principles.

You know there was lot you couldda – wouldda – shouldda done but didn’t. Mistakes? Inexperience? Naiveté? OK – but that would all come back to haunt you if you won another term. The Deep State Long Knives are still out to get you; return to DC and they will. It will be a re-run of your First Term – and you’ll hate it.

And, face it: the old tricks won’t work anymore. “Fake News” was true but now it’s an old joke. You made your point and it needed to be done. The voter’s got it and they aren’t swallowing the MSM Narrative BS like they used to; take a bow. The Mean Tweets, while effective, also pissed off a lotta folks who don’t want that ‘tone’ mucking up Government again. Principled positions, plainly and frankly worded statements on the benefits of Conservative policies versus the PC WOKE Green New Spiel is still a winner without the personal back-slapping, ego polishing, self-aggrandizement that “everything good is Trump” fogging up the message. It worked once but it’s over. Like “The Apprentice”, the audience – the voters – have moved on. You got everyone’s attention, alright! Now it’s time for serious solutions. And they don’t happen in the hot spotlight of a Press Conference.

Have you seen the headlines lately?
‘Act Accordingly’: Conservative ‘Washington Examiner’ Calls on GOP to Dump Trump Citing His ‘Chaos and Dishonor’

Trump Burns It All Down, TORCHES Fox News and Rest of the Murdoch Empire for Going ‘All In’ on ‘Ron DeSanctimonious’

Not much love there, my friend.

And here a few comments from some popular social media sites:

“As much as I liked the results he produced (even if I wish he had done more, he did do more than any president I recall in a long time), I'm even tired of his approach and behavior as a hardcore conservative.”

“Trump was the catalyst for a new, conservative political revival and he can be proud of that. But sadly you're right. His political shelf life is now past its due date. He needs to cede the limelight and become a behind the scenes power broker.”

“Trump is done. His product is damaged beyond repair at this point as far as the actual GOP decision makers. No way he will get the 24 nomination, that will be DeSantis”.

Every good act needs an ending, pal. Don’t squander what good will and voter affection you still have. There are hundreds of thousands who will always love you and revere all you did for America at so many levels. Cherish that. It’s worth it.

One day soon I’ll meet you in the lobby and we’ll ride the famous escalator again! 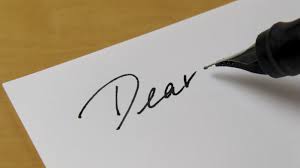