"It’s a safe bet – assuming the current public school ‘reading for comprehension’ rate - you’re not going to invest 15 minutes of your life to read something as apparently boring as this. Who could blame you when the college football season isn’t over yet?"

Say there! Did ya catch that crazy article by Birsin Filip out of the Mises Institute: Multinational Agrichemical Corporations and the Great Food Transformation? No? Too bad! It’s a real knee-slapper! Personally, I would have titled it “Hungry Games” – a little play on words that might attract readers with something sounding less interesting than my college thesis: “The Sex Life of the Canadian Hockey Puck”. At least I got points for humor -- while not enough to rise above C level.

It’s a safe bet – assuming the current public school ‘reading for comprehension’ rate - you’re not going to invest 15 minutes of your life to read something as apparently boring as this. Who could blame you when the college football season isn’t over yet? Isn’t “Wheel of Fortune” on tonight? And what about the PA vote count? So there you have it.

What if I told you Birsin’s piece will scare the living crap out of you – as well it should? What if The Hunger Games wasn’t all just books and movies, but more accurate than the last weather forecast?
As a Public Service - and because I won’t live long enough to actually witness this – here are a few choice samples that might impress, indeed motivate you in the necessary direction of awareness, self-defense and survival…

- In July 2022, the Canadian government announced its intention to reduce “emissions from the application of fertilizers by 30 percent from 2020 levels by 2030.” In the previous month, the government of the Netherlands publicly stated that it would implement measures designed to lower “nitrogen pollution some areas by up to 70 percent by 2030,” in order to meet the stipulations of the European “Green Deal,” which aims to “make the EU’s climate, energy, transport and taxation policies fit for reducing net greenhouse gas emissions by at least 55 percent by 2030, compared to 1990 levels.”

- Dutch “farm and agriculture organizations said the targets were not realistic and called for a protest,” which led farmers and their supporters to rise up across the country. The artificially designed Green Deal is one of the goals of Agenda 2030, which was adopted by 193 member states of the United Nations (UN) in 2015.

- UN Agenda 2030 is also supported by a number of other international organizations and institutions, including the European Union, the World Economic Forum (WEF), and the Bretton Woods Institutions, which consist of the World Bank, the International Monetary Fund (IMF) and the World Trade Organization (WTO). It is also endorsed by some of the most powerful agrichemical multinational corporations in the world, such as BASF, Bayer, Dow Chemical, DuPont, and Syngenta, which, together, control more than 75 percent of the global market for farm inputs.

- …all of these corporations have issued statements suggesting that the agriculture sector will undergo major changes over the upcoming three decades, and that they are committed to doing their parts to accelerate the transition to so called green policies. Accordingly, they advocate for governments to redirect public finance away from conventional farming and toward regenerative agriculture and alternative protein sources, including insect farming and lab-grown meats.

That’s the sound of Fried Crickets.

- Its objective is to “decarbonise the European food system” by accelerating the transformation of farming and agricultural practices. More specifically, the European Carbon+ Farming Coalition seeks to attain “zero gross expansion in the area of land under cultivation for food production by 2025, reduction in total territories used for livestock of about one-third by 2030, and a consequent freeing up of nearly 500 million hectares of land for natural ecosystem restoration by the same date.”

- According to the WEF, in addition to benefitting the environment, such changes will also be economically advantageous, as “changing the way we produce and consume food could create USD 4.5 trillion a year in new business opportunities.”

- Similar to Bayer, BASF, and Syngenta, DuPont also seeks to contribute to decreasing “dependence on fossil fuels, and protecting life and the environment.” Its response primarily focuses on facilitating the production and consumption of alternative protein sources that can reproduce “the texture and appearance of meat fibers, and can be used to extend or replace meat or fish.”

- Some of the world’s most powerful multinational agrichemical corporations have benefitted immensely from international trade agreements that put their interests ahead of those of small- and medium-size farms, as well as the masses, when it comes to transforming the food and agriculture sectors. In particular, the World Trade Organization’s agreement on trade-related aspects of intellectual property rights (TRIPS), which was adopted in 1994, played a major role in destroying the livelihoods of many farmers, while proving lucrative to agrichemical giants like BASF, Bayer, Dow Chemical, DuPont, and Syngenta. This is mainly because TRIPS has allowed for the patenting of seeds and plants.

Well…it goes on a bit more but I don’t want to spoil all the fun. Certainly the very real aspect of dining on Sautéed Crickets with a side of Brussel’s sprout roots and a glass of re-cycled water by 2030 (approximate 7 more years for the mathematically challenged) should be sufficient to interest the most intractable of readers.

While not the final thrilling paragraph, I’ll conclude my modest motivational effort with one of the last paragraphs

- The intense and coordinated international effort to facilitate an artificially designed transformation of the global food industry, based on Agenda 2030, is a testimony to the fact that we are witnessing the pendulum of civilization swinging back in many advanced societies, where striving to achieve a comfortable life could rapidly be replaced by a struggle for bare necessities in a lower level of existence, which is not supposed to occur in advanced societies. 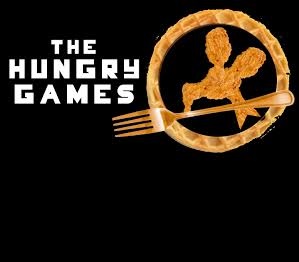